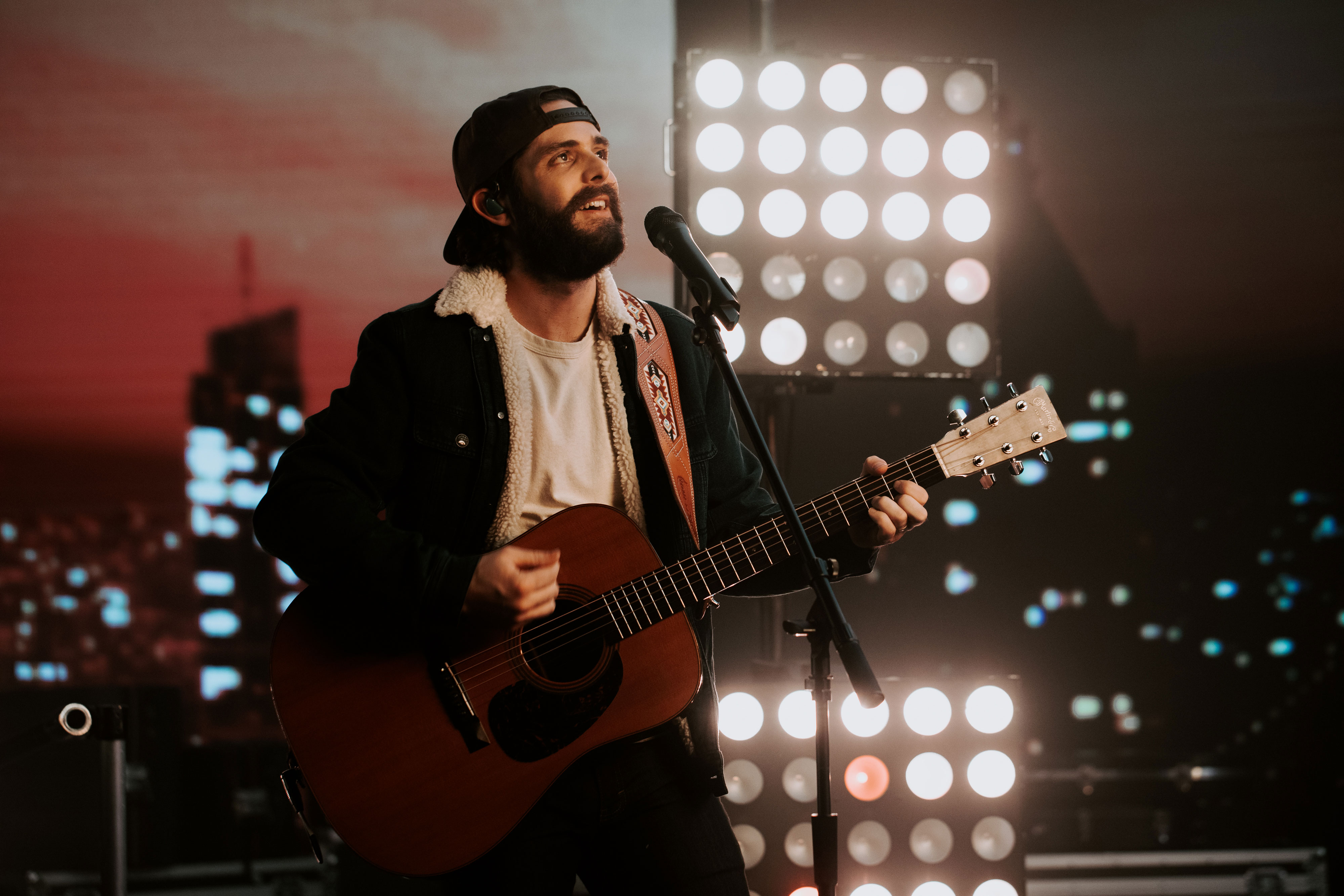 Gear Seven had the privilege of working with Apple Music in order to create this beautiful commercial highlighting Thomas Rhett's new album, "Where We Started".

﻿﻿"Thomas will take a cinematic journey through an abstract rooftop environment populated with scenes from his life as an artist. ...All these elements will meld to create a grand, cinematic tone that will ultimately feel like a movie trailer." - Sam Siske, Director

With only four hours to utilize with Thomas Rhett on shoot day, this production required a virtual production studio where multiple sets and scenes could be captured efficiently and successfully.

Arc Studios was the perfect solution.

The virtual design team at MEPTIK designed a stunning virtual skyline scene that was displayed on the Arc Studios LED volume.﻿

"Our designers created the virtual city skyline scene in Unreal Engine. We took inspiration from large cities like New York and Chicago, as well as cinematic frames from movies to create a dramatic composition and overall tone. We added a timeless sunset to the scene with low haze and twinkling city lights in order to capture a perfect golden hour moment." - Jordan Lambert, Sr. Motion Media Designer  - MEPTIK

Gear Seven brought in Brandon and Katie Eller from Art Ramblers to design multiple physical sets, including a full recording studio and a rooftop to blend seamlessly with the virtual skyline scene.

One of the most crucial tools they provided was their Scorpio Technocrane, allowing the  crew to pivot seamlessly between sets with no disruptions.

Gear Seven worked with all partners for weeks leading up to the shoot date, including multiple pre-lighting, art load-in, and studio prep days, to ensure the most efficient possible production day.

In order to set up the most efficient production schedule possible, Gear Seven ended up building two sets within the studio.  This allowed the production to ‘flip’ between the ‘Recording Studio’ set-build and the ‘Roof-top’ virtual set with minimal downtime between moves.

Utilizing instant camera-to-cloud file transfer technology the Gear Seven post production team was able to start the editing process the same day as filming. This in return, enabled them to deliver a version for client review within only a few days.

Gear Seven delivered the final spot on time and to the satisfaction of the client and all partners involved.

﻿"The Gear Seven team flawlessly executed a very real-feeling rooftop & skyline scene for our shoot. I’m so impressed with the XR technology and the beautiful piece we were able to capture in their space.” - Samantha Thornton - G Major Management