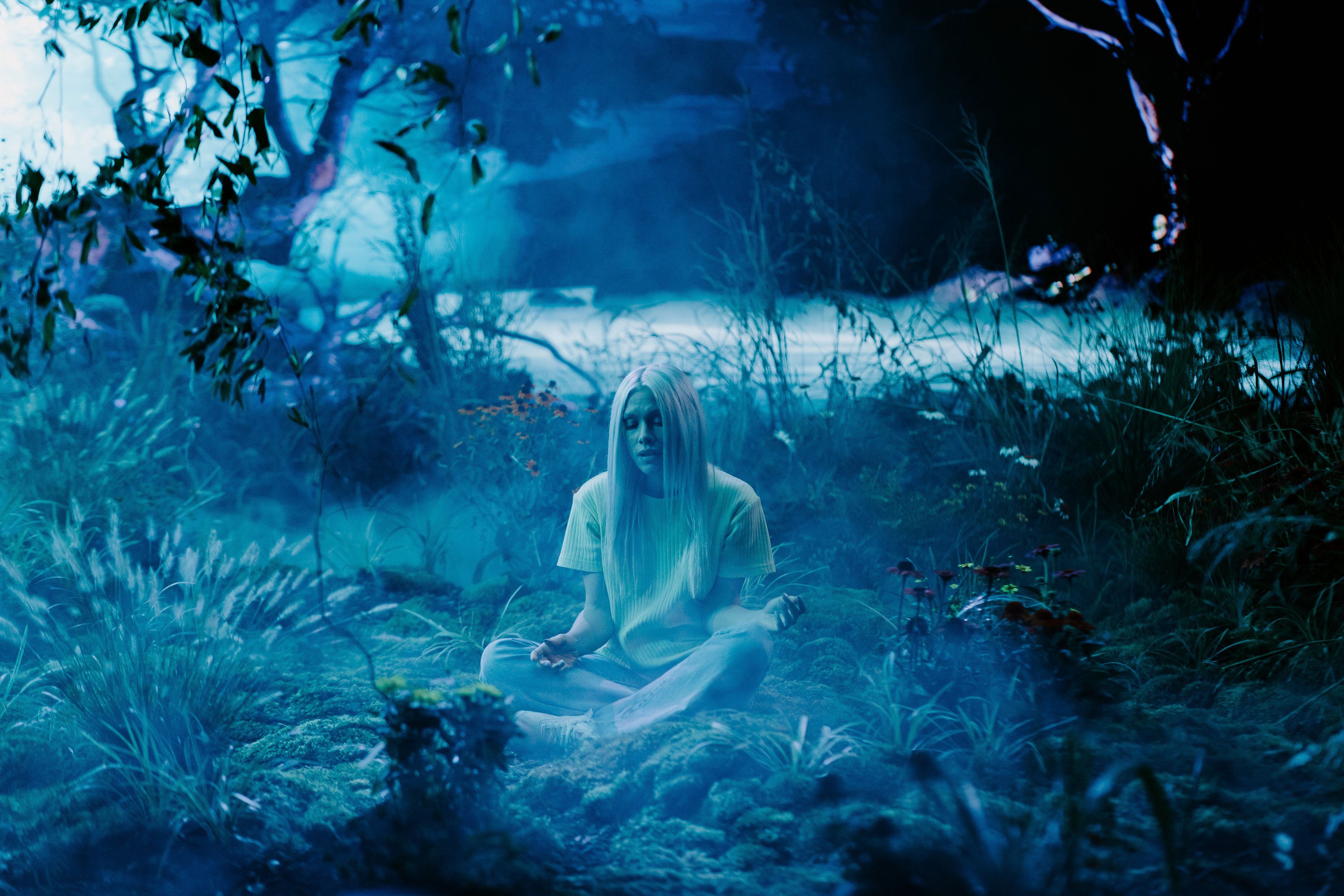 The creative concept for Bloom was led by the virtual design team at MEPTIK and inspired by the other-worldly sci-fi landscapes from films such as Avatar. MEPTIK custom designed this bio-luminescent virtual scene, and collaborated with Gear Seven and Director Sam Siske to capture an emotional performance from Emily Rowed.

A magical, bioluminescent forest tucked between the mountains. An endless field of flowers, as far as the eye can see. Countless sparkling stars and a full moon in the sky. All within the city limits of downtown Nashville at Arc Studios.

The virtual design team at MEPTIK designed the entire scene in Unreal Engine with intricate detail and added elements to the environment that perfectly complimented the lyrics within the song.

“We knew extended reality would be able to provide the ideal visual experience to accompany Emily’s song. The environment was built around the essence of Bloom: it represents change, transformation, and new beginnings. ” - Sarah Linebaugh, co-founder and creative director of MEPTIK.

Art director Sophia Matinazad designed an entire landscape around the nearly LED Curved Wall, powered by disguise’s rx II, creating an immersive, realistic environment for both the talent and viewers alike. The integration of physical plants including grasses, moss, tree limbs, as well as fiber optic lights, allowed for the physical elements to blend seamlessly with the virtual scene.

Gear Seven worked in close collaboration with MEPTIK, Director Sam Siske, Art Director Sophia Matinazad, and Emily Rowed for weeks leading up to the shoot to ensure a seamless production. This pre-production time allowed for the song to be precisely synchronized with visual elements in the virtual scene and physical set design. The result was a fantastical world bursting into bloom.

Since MEPTIK custom designed an entire virtual world, complete with forests, fields, mountains, and streams, our team was able to pivot between different angles and setups in order to provide a wide array of vantage points all within the same virtual production stage.

“The benefits of shooting XR are the fact that you can manipulate your environment and that’s just so amazing, especially from a visual standpoint. It allows you to move a tree a hundred yards or it allows you to have a 12 hours sunset. In a scenario like that, you would normally get 15 minutes of a day to shoot in that beautiful last sunset light or sunrise.” - Director, Sam Siske

Due to the nature of real time visuals with virtual production, time for post-production is drastically reduced. The Bloom video was able to be quickly edited and colorized within a matter of days following the production.

After the premiere, Bloom went on to earn critical acclaim including being nominated for a Webby Award for best performance in the Virtual & Remote category.