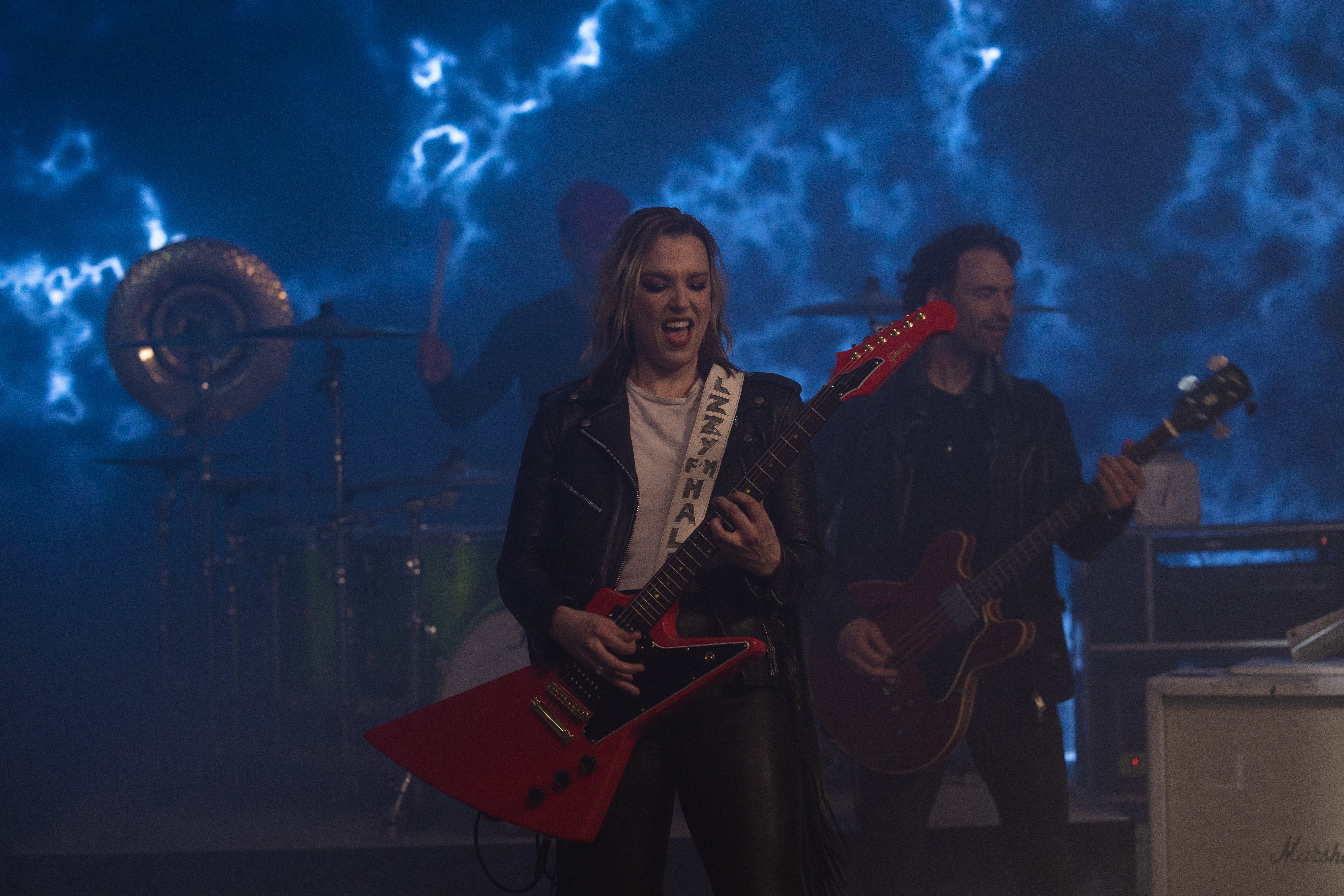 This killer commercial showcases the release of Lzzy Hale's signature Gibson Guitar, the "Explorerbird". Lzzy Hale is known for her electrifying performances with her hard-rock band, Halestorm. When she isn't performing sold-out shows across the world, she is making history as Gibson's first female brand ambassador. Such explosive talent should never be confined by time constraints, and that is why this production was filmed at both Arc Studios and the Nashville Kitchen Studio. Filming both scenes in house allowed for a seamless transition, which in return, led to new heights of creative possibility. The Nashville Kitchen Studio and Arc Studios are both Nashville-based production studios powered by the award-winning video production company, Gear Seven.

Scene 1: The creative concept cooked up for Lzzy Hale's "Explorerbird" signature Gibson guitar features her actually baking her guitar in her own unique cooking show. Dressed in a 1950s apron, she smiles as she chops up various ingredients with a butcher knife. Once her masterpiece is ready, she removes her freshly baked Cardinal red Explorerbird guitar from the custom-made oven in the Nashville Kitchen Studio.

Scene 2: With her brand new Explorerbird prepared, she then performs another one of her exhilarating shows. Accompanied by stunning visual effects, due to the state-of-the-art technology brought by Arc Studios, a stormy electrifying feel was achieved while Lzzy performs with her band Halestorm in the tumultuous cloud setting.

The first scene, the cooking segment, was filmed in the Nashville Kitchen Studio while the second scene, the concert performance, was filmed in Arc Studios. Both Arc Studios and the Nashville Kitchen Studio are powered by video production company, Gear Seven. Utilizing both studios, allowed for a seamless transition that was able to capture both, a flavorful cooking segment and a killer rock concert, all within the same day.

The incredibly talented art director, Elise Lacret, designed an entirely custom-made oven in which the Explorerbird effortlessly fit. This then allowed for the DP to capture stunning visuals inside the radiating oven setting. These shots worked together in order to help submerge the audience inside a heated oven, while then transporting them to an electric stormy atmosphere.

Gear Seven worked in close collaboration with Gibson, director Jim Cannella, art director Elise Lacret, and artist Lzzy Hale, for weeks leading up to the shoot in order to ensure a seamless production. This pre-production time allowed for both the kitchen scene and the concert performance to be shot all in the same day, achieving next-level creative collaboration. The custom-made oven was able to visually bring to life the heated electric feel, present in the lyrics found in Lzzy's music. The result, was a commercial in which brought the audience on a journey through a heated oven chamber and transported them all the way to an electrifying live performance.

Both the Nashville Kitchen Studio and the Arc studio were utilized under the production team of Gear Seven, the complex scenes were successfully captured all in record time. From the creation of a flavorful kitchen scene, to an invigorating live concert performance, our team was able to pivot between different angles and setups in order to provide a wide array of vantage points all within the same day.

In post-production, the stunning visuals were edited by the extremely talented Sean Davé and colored by the skillful Brett Price.

After production, both Gibson and Lzzy Hale were extremely pleased with the final product, excited to continue their collaboration in the future with Gear Seven. The commercial has garnered wide acclaim for the unique and stunning visuals and production quality achieved.