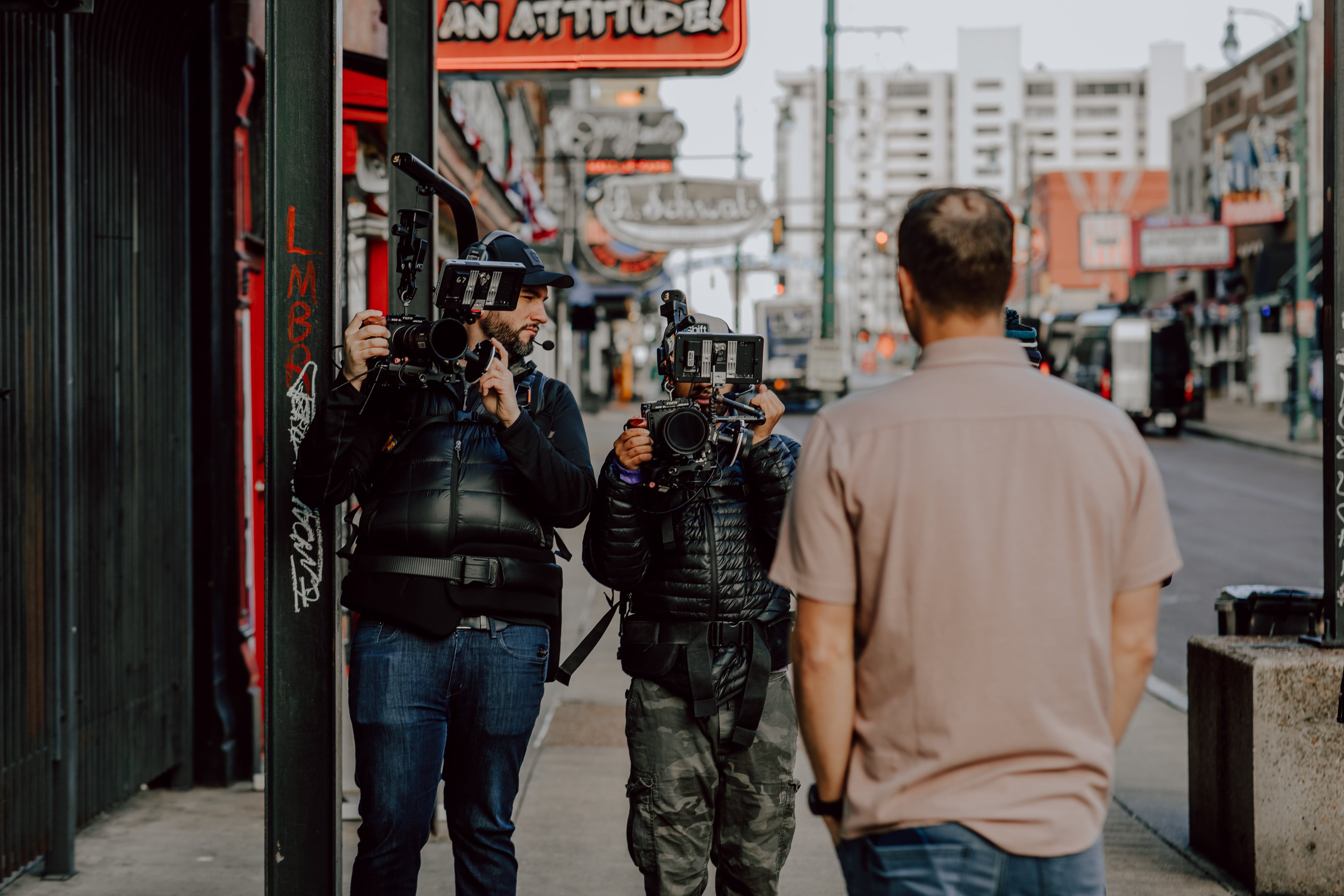 Season 2 of TVA’s award-winning series “In Charge: Life with an Electric Vehicle”, was directed by Sean Davé, and produced by Gear Seven in collaboration with Shift Dynamics. Gear Seven has worked with TVA in the past, producing the first season and winning a 2021 Silver Telly award for it. It was an honor to be welcomed back and to work on the second season with a wide array of celebrity guest stars. The experience was a memorable one, as the Gear Seven crew had the opportunity to film in multiple locations spanning all across the U.S. and work with the incredible TVA team. Season 2 of "In Charge: Life with an Electric Vehicle” features famous NASCAR driver and Daytona 500 Champion, Trevor Bayne as the host, who is accompanied by celebrity guest stars as they travel across the country learning about the importance of clean energy and electric cars.

Episode 1: For the premiere of the second season, the first episode features the incredibly talented NASCAR driver and series host, Trevor Bayne, along with equally talented special guest was Super Bowl Champion, Michael Oher. In the episode, they make a few pit stops all over Memphis, cruising in a Ford Mustang Mach-E GT. Throughout the episode, they learn more about the power and capabilities that an electric vehicle such as the Mach-E can offer, while wrapping the episode up with some classic tasty Memphis hot chicken.

Episode 2: In the second episode, host Trevor Bayne is joined by Grammy award-winning singer and songwriter, John Paul White. In this episode, they have the chance to ride around in the spacious and luxurious Audi e-tron all over Muscle Shoals, Alabama. While on their journey, they learn about locally produced clean energy and get to experience the glorious Wilson Dam. While the episode concluded with the talented Mr. White performing and showcasing his incredible vocals.

Episode 3: In the third episode, Trevor is accompanied by the famous TikTok star, Lexy Burke who is also known as “serial tipper”, due to her love for tipping large sums of money to local restaurant staff. Together, they traveled from Tupelo to Oxford, Mississippi in the impressive heavy-duty Rivian R1T. Lexy and Trevor learn about the sheer power and astounding capabilities the Rivian R1T provides through an epic mudding scene where the R1T is able to showcase its raw horsepower. The two then travel and dine at a local restaurant and gift the staff a whopping $10,000 tip.

The Gear Seven team was able to bring these episodes to life with the expertise of such an incredible team and the help of Shift Dynamics. The skillful drivers, Patrick Wilson and Natalie Simmons, helped capture the electrifying shots of the breathtaking vehicles in action. While Justin Wylie, Tani Houston, and Quinlan Foster were the camera team, they obtained the car-to-car footage by utilizing RED Komodos, the Ronin 2 rigged to the back of the Apollo for the driving shots, and GoPros to capture guests' reactions. They also utilized two Mercedes vans as support vehicles (production/camera + g/e) paired with the Apollo One for clients.

Quinlan Foster explained the convenience that came with shooting car-to-car:

"It was the first time we shot car-to-car with our mobile video village (aka Apollo one), as a shooting set up and it was extremely convenient for casual running-footage. Having the director, DP, focus puller and clients all in the same space made it easy to call out shots and expedited any communication from us to talent."

Due to previously having worked on season one of TVA's “In Charge: Life with an Electric Vehicle” series, the Gear Seven crew were already quite familiar with the set-up and what was to be expected. They also were able to easily location scout with the TVA team and find the perfect locations fit for filming the second season.

Production went seamlessly as director Sean Davé was able to manage many different locations and concepts in record time. The Gear Seven team had a blast filming all over the country with multiple celebrity guests while working with the teams at TVA and redpepper.

Gear Seven oversaw the entire post-production process, while the phenomenal Sean Davé was the editor and the talented Brett Price was the colorist.

The TVA team was extremely impressed and pleased with the results produced by the Gear Seven team. Due to the amount of effort and time that the team spent on the three episodes, we are hopeful that we will win another Telly for the second season!